French President Nicolas SARKOZY began Sunday, January 13th, 2008, in the evening, in Riyadh, a tour in three Gulf monarchies, his first trip to a region now unavoidable due to the growing influence that gives him the oil windfall. Monday, January 14th, 2008 afternoon, he will be in Qatar.

Nicolas SARKOZY arrived in Riyadh at nightfall, in very cold and humid weather, accompanied by a strong ministerial delegation, including the Minister of Foreign Affairs, Bernard KOUCHNER and the Minister of Defense, Hervé MORIN. Welcomed by King Abdallah Ben Abdel Aziz, in the presence of several Princes and Ministers, Nicolas SARKOZY reviewed the troops, after listening to the national anthems.

Then, the French Head of State, took his place in the King’s limousine, towards the Royal Palace, where the entrance was majestic; limousine rolling in step, and escorted by the cavalry. After the official dinner, the hour for interviews, first extended, then one-on-one.
On the menu, the crises shaking the Arab world, but also the rise in the price of oil which recently reached the fateful mark of 100 dollars per barrel.

Then, Nicolas SARKOZY was decorated with the highest distinction of Saudi Arabia:
the Grand Cordon of King Abdel Aziz, founder of the Kingdom. 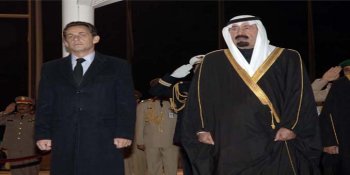 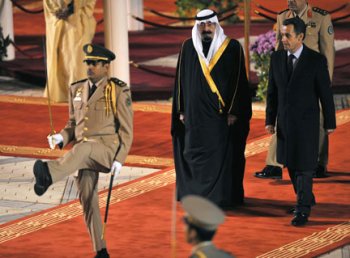 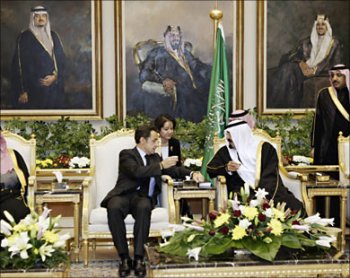 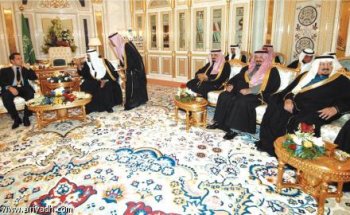 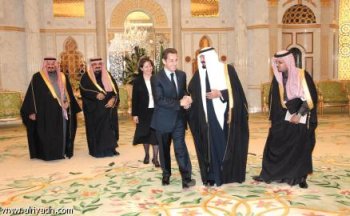 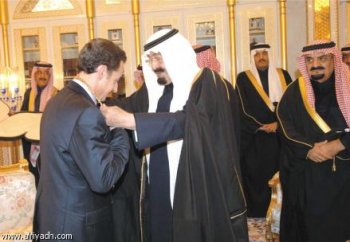 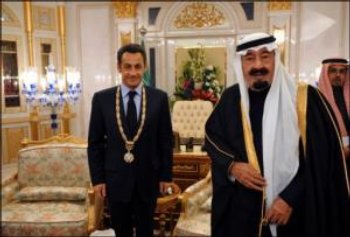 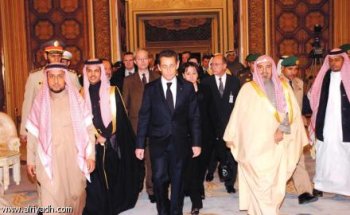